The Sinharaja Forest Reserve, a UNESCO recognized World Heritage site is the best-known Rain Forest and an important biodiversity hotspot in the country. The vegetation at Sinharaja is that of a tropical wet evergreen forest with large trees believed to have unbelievable genetic potential. This tropical rain forest draws thousands of visitors wanting to explore and experience this natural wonder that is rich in endemism, an inevitable treasure trove bursting with various species of flora and fauna. The high diversity of vegetation within the reserve has made it a favorable sanctuary for various species of birds, mammals, reptiles, insects, fish, amphibians and plant life; all co-existing within the ecosystem.

The forest reserve recognized as a living heritage is home to almost 50% of Sri Lanka’s endemic wildlife. The larger mammals are the Elephants (a few seen on the Rakwana side) Leopard, Sambar, Fishing Cat, Rusty Spotted Cat, Barking deer, Mouse deer, Jackal and Wild boar and the commonly seen endemic Purple-faced langur and the Toque macaque, a reddish brown monkey. The smaller mammals include, Porcupine, Otter, three types of squirrels; Giant, Small striped and Flying, two species of Mongoose- the Badger and Brown, two species of Civets; Ring-tailed and Golden Palm, many species of Bandicoot, Rats, Bats and even the very rare Pangolin. Some of the reptiles are Python, Green pit viper, the Hump-nosed viper and Rough-nosed horned lizard. It is known that 50% of the endemic amphibian species of the country are found in Sinharaja; this includes Greater hourglass tree frog, Wrinkled frog, Reed frog and the Torrent toad. 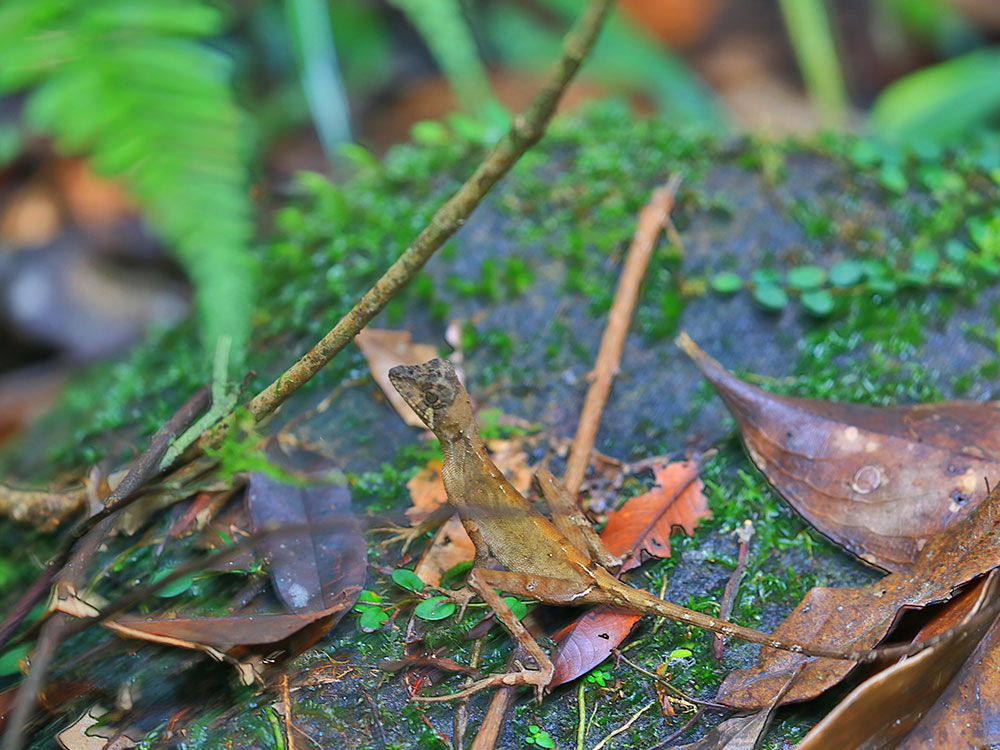 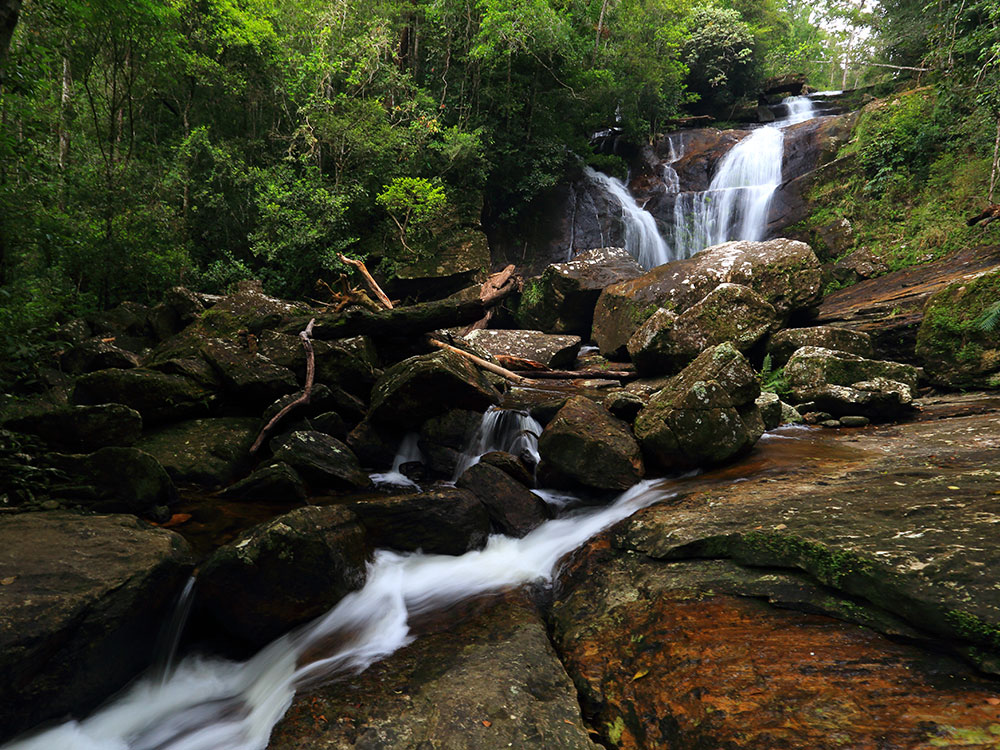 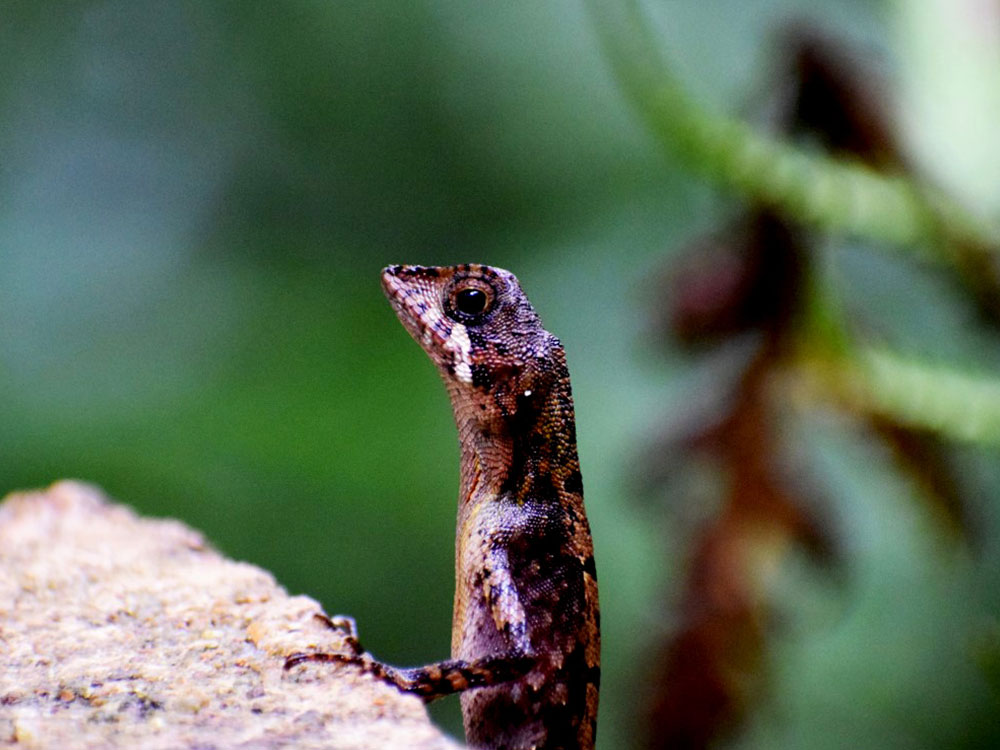 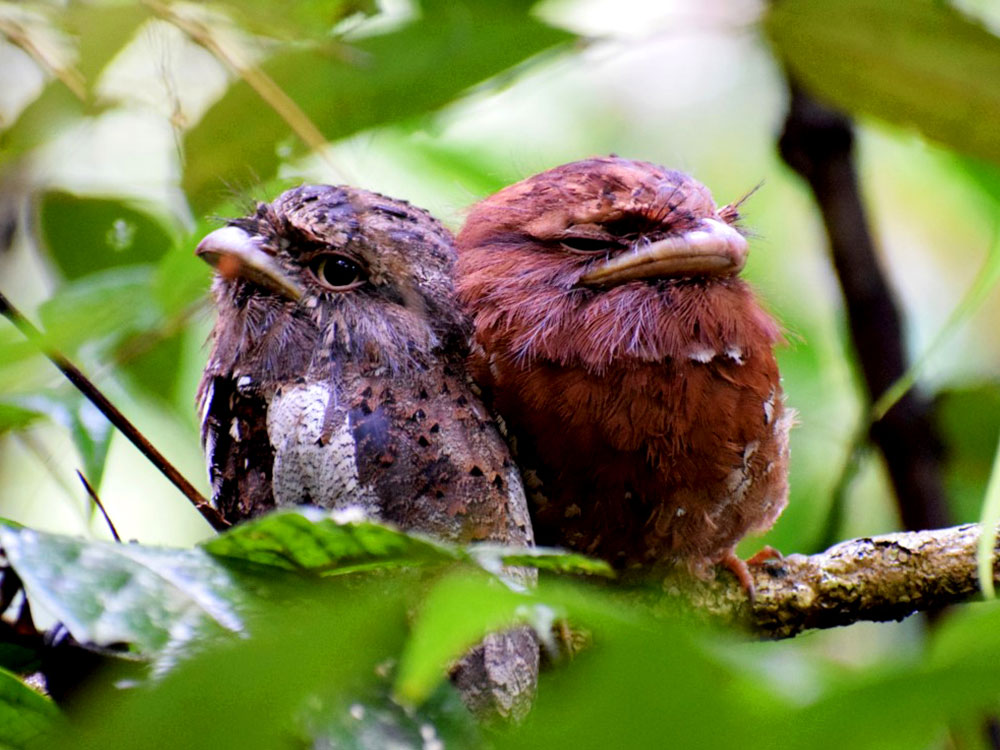 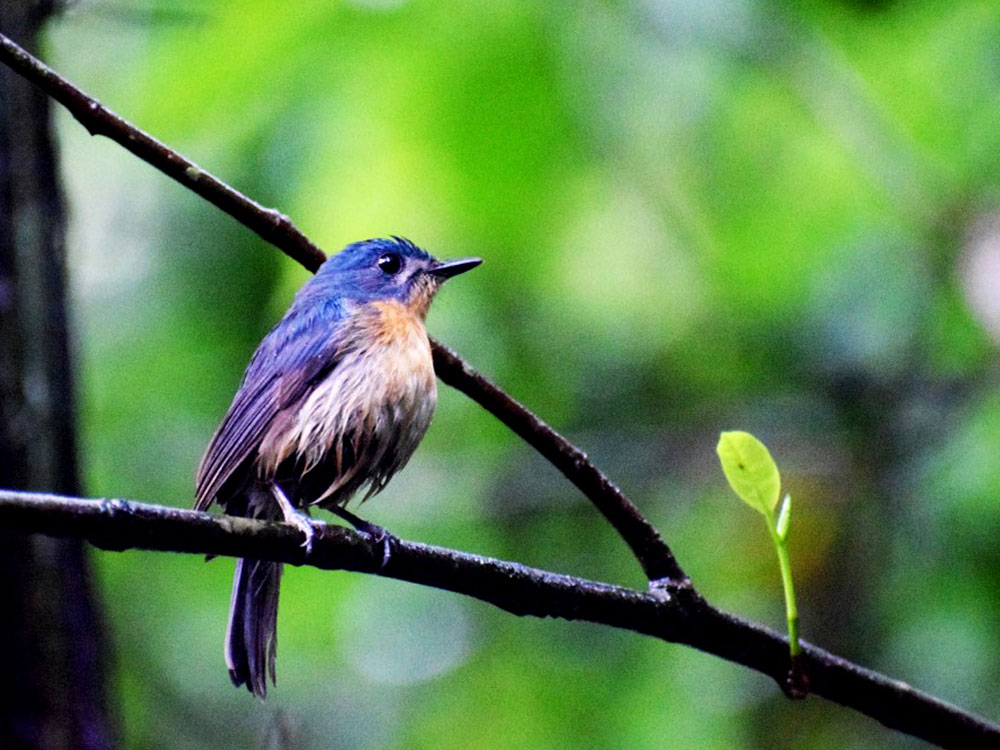 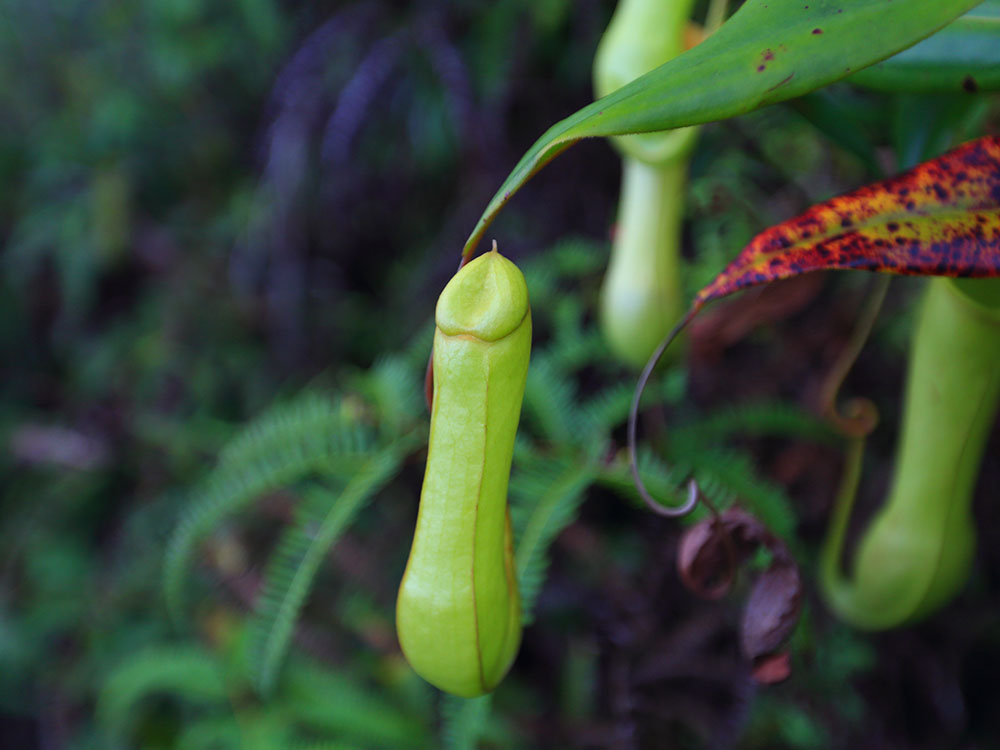 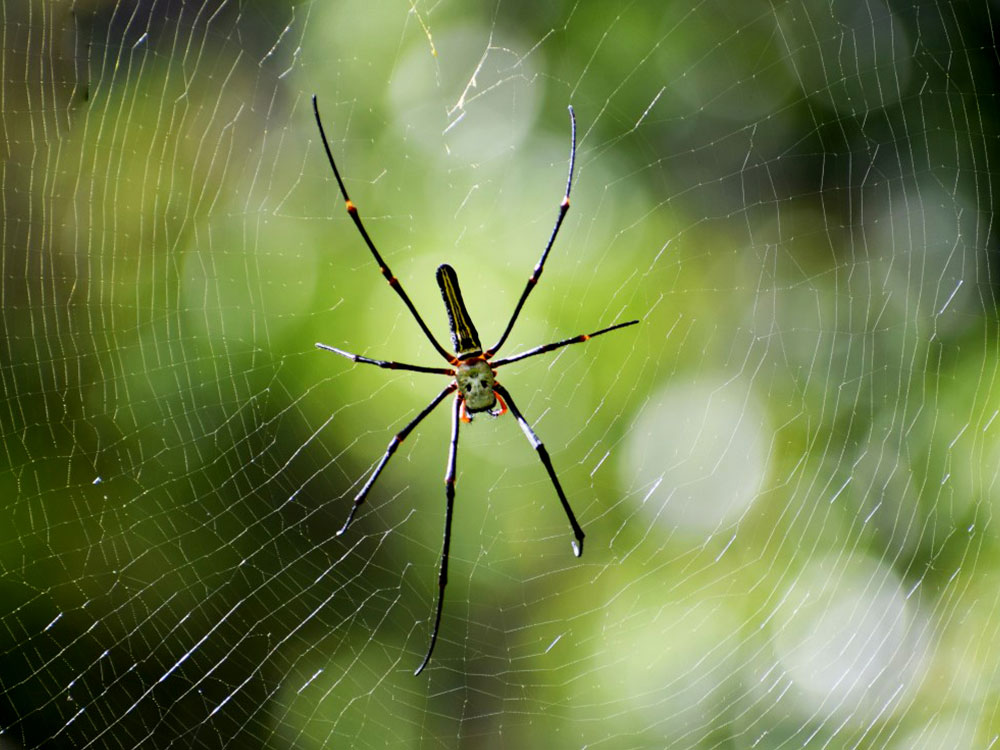 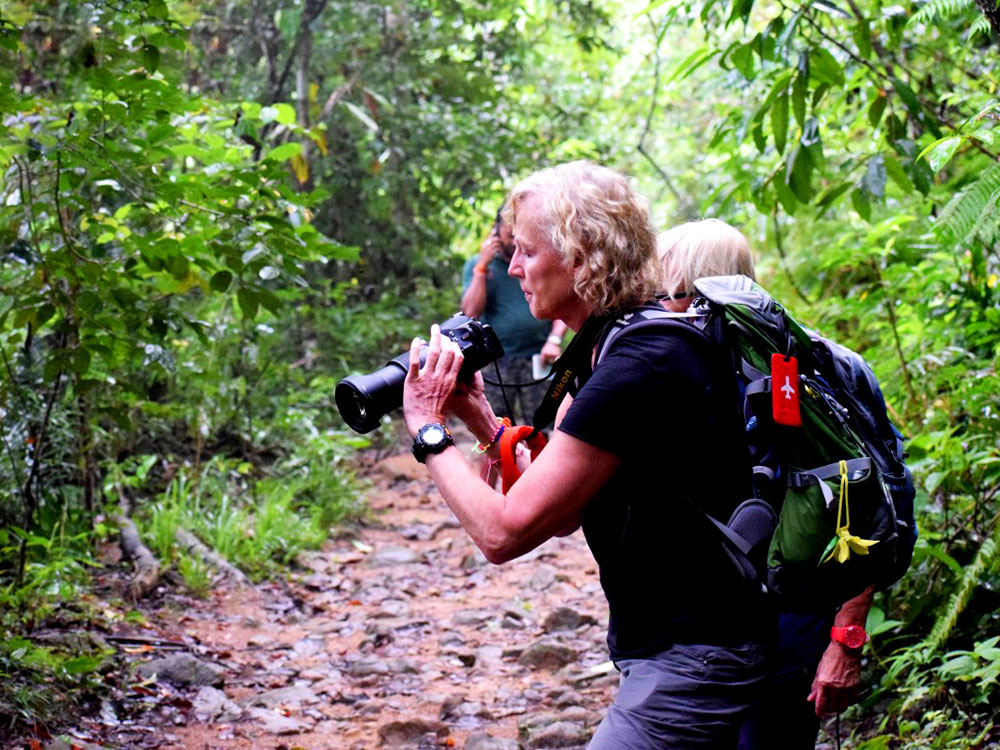