Sinharaja Rain Forest a very important, UNESCO named world heritage site and Biosphere reserve. Sinharaja is one of the most important bio diversity hotspot in Sri Lank The hilly virgin rainforest, part of the Sri Lanka lowland rain forests was saved from the worst of commercial logging by its inaccessibility, and was designated a World Biosphere Reserve in 1978 and a World Heritage Site in 1988. The reserve's name translates as Kingdom of the Lion.

The reserve is only 21 km (13 mi) from east to west, and a maximum of 7 km (4.3 mi) from north to south, but it is a treasure trove of endemic species, including trees, insects, amphibians, reptiles, birds and mammals.

Because of the dense vegetation, wildlife is not as easily seen as at dry-zone national parks such as Yala. The most common larger mammal is the endemic Purple-faced Langur.

An interesting phenomenon is that birds tend to move in mixed feeding flocks, invariably led by the fearless Greater Racket-tailed Drongo and the noisy Orange-billed Babbler. Of Sri Lanka's 26 endemic birds, the 20 rainforest species all occur here, including the elusive Red-faced Malkoha, Green-billed Coucal and Sri Lanka Blue Magpie. 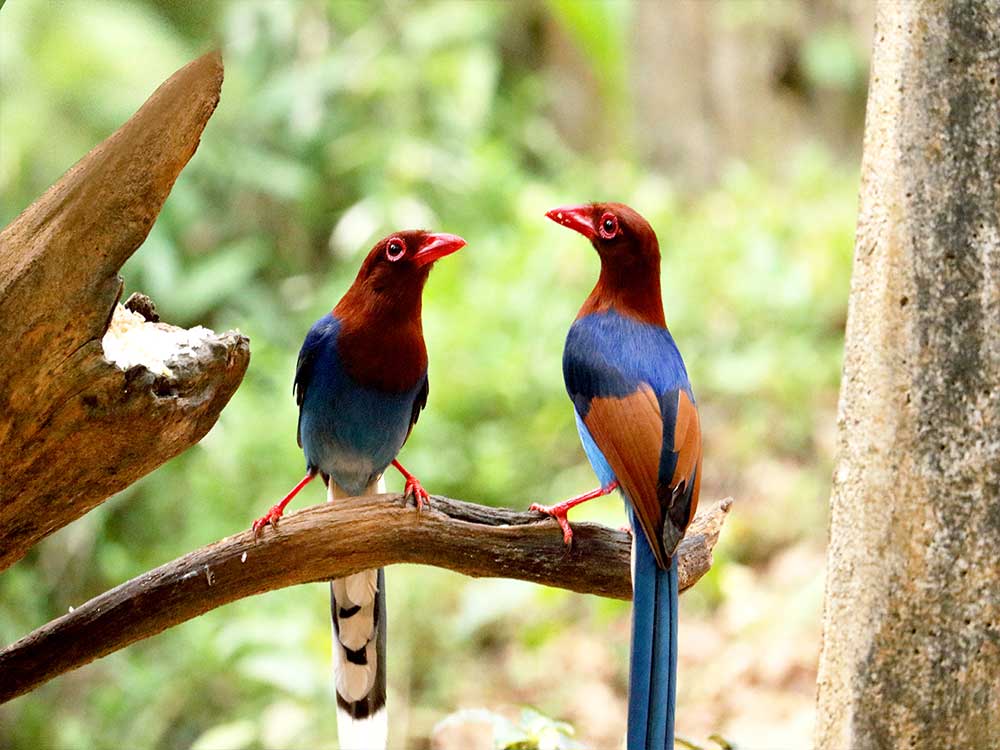 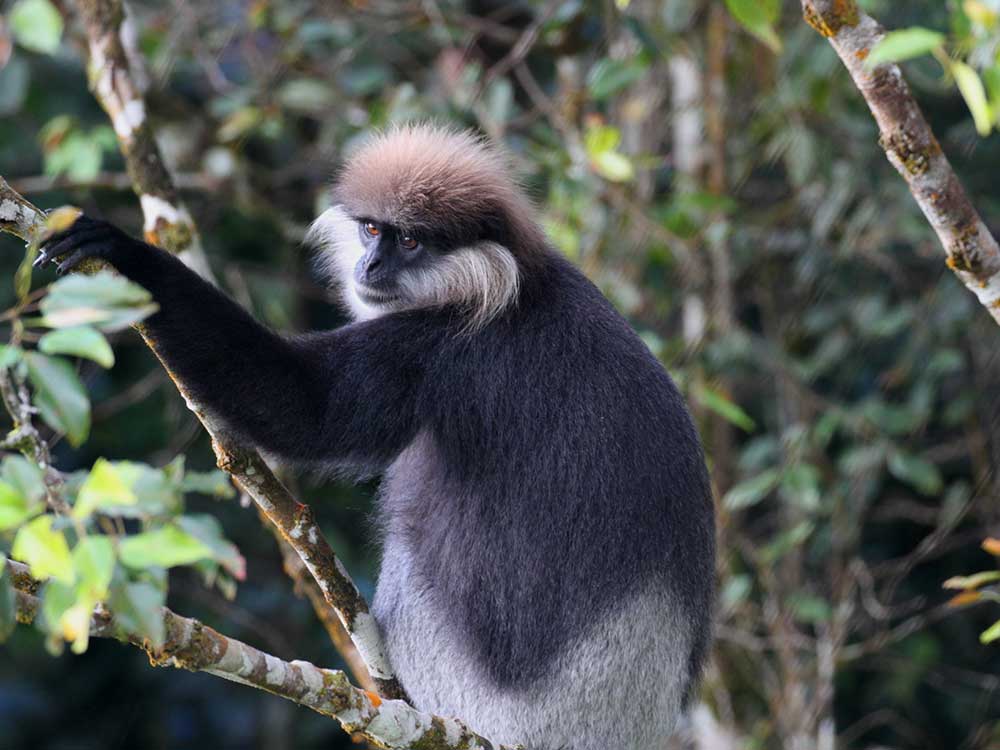 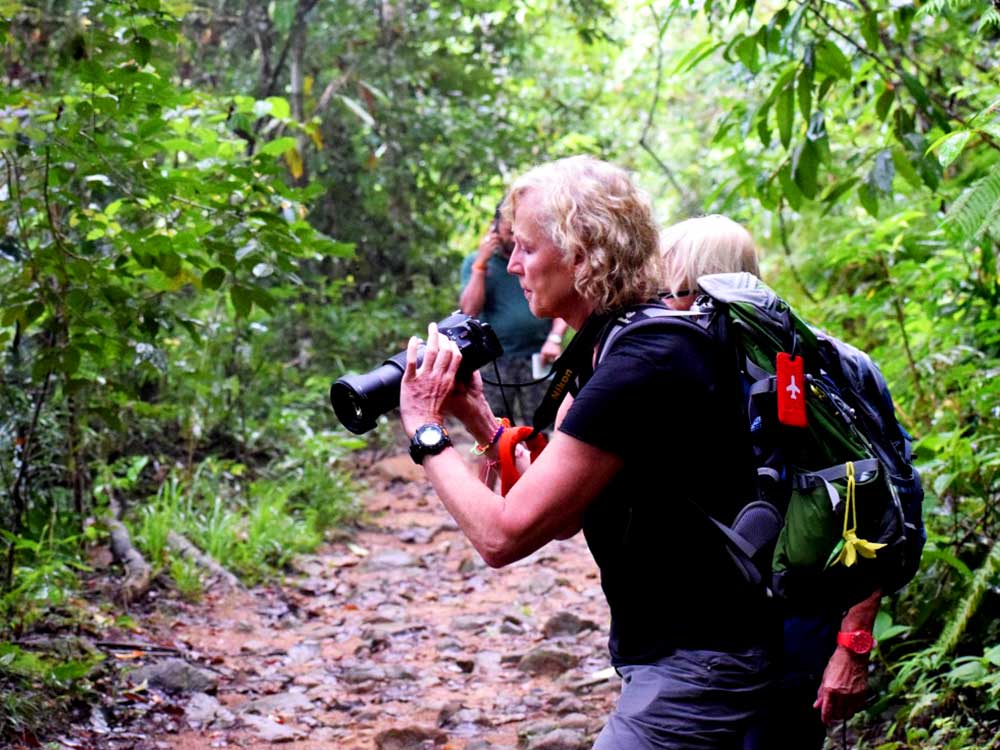 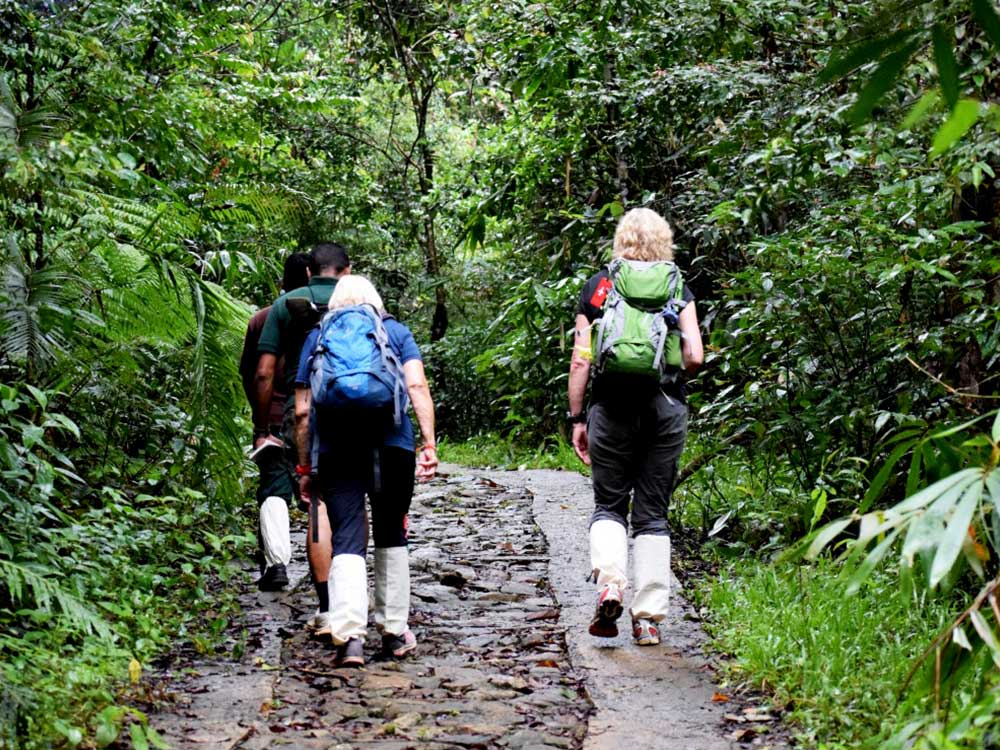 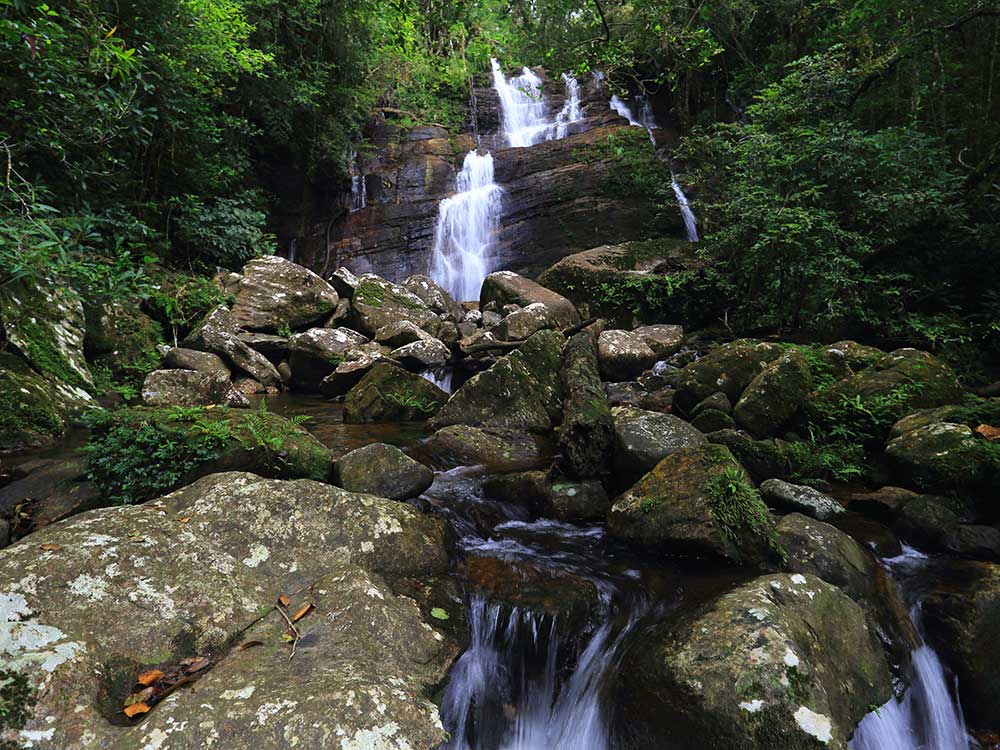 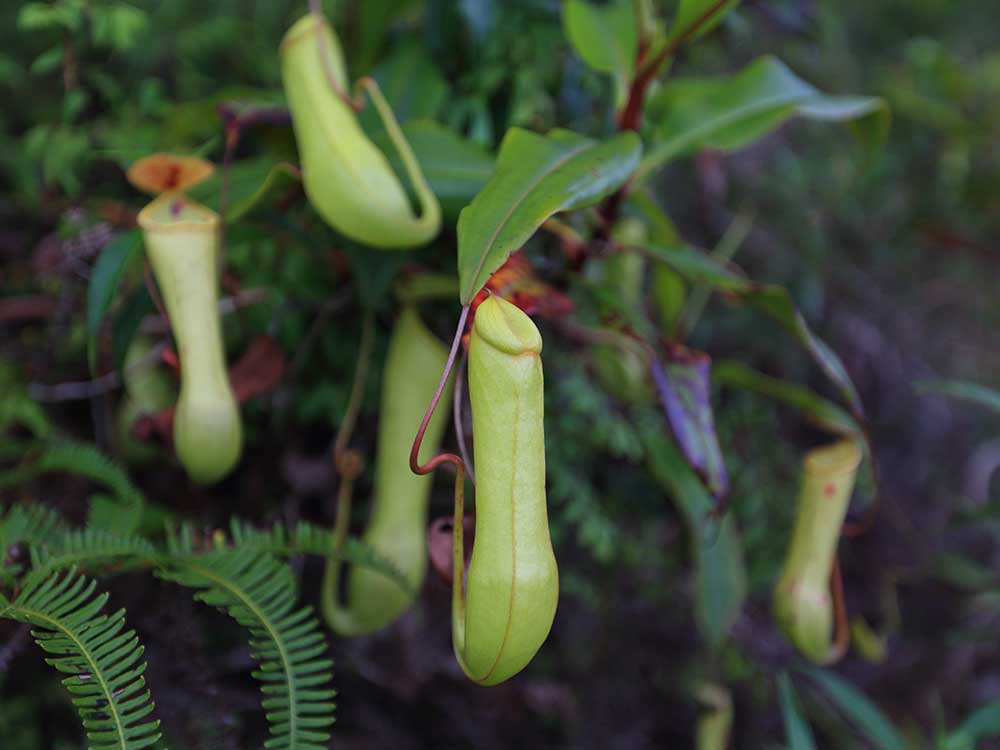 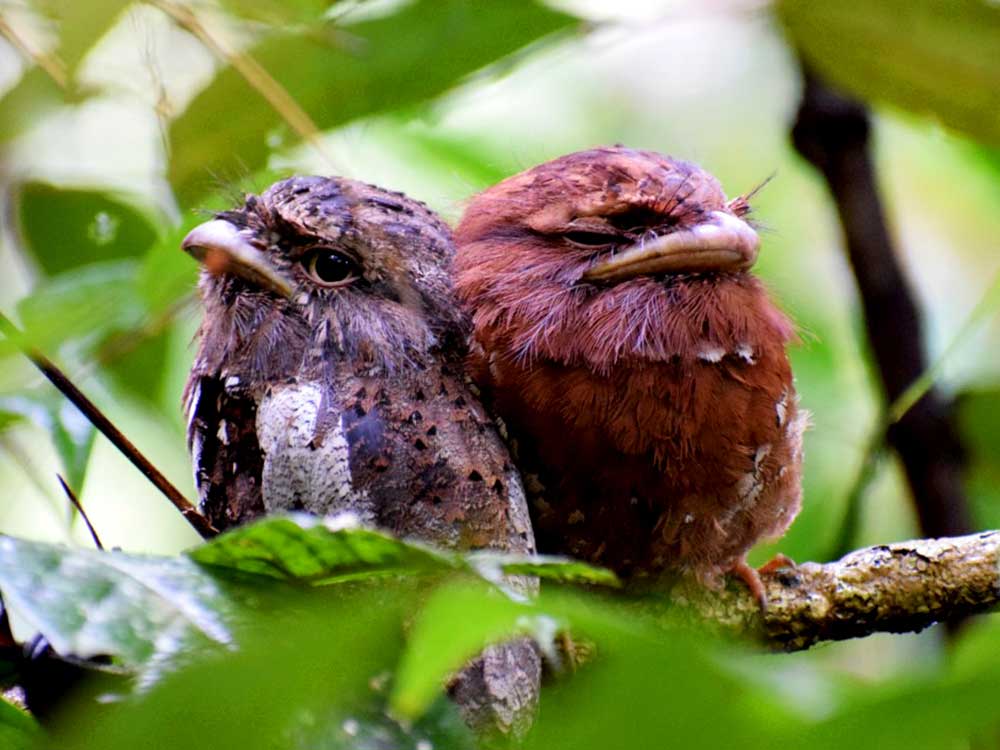 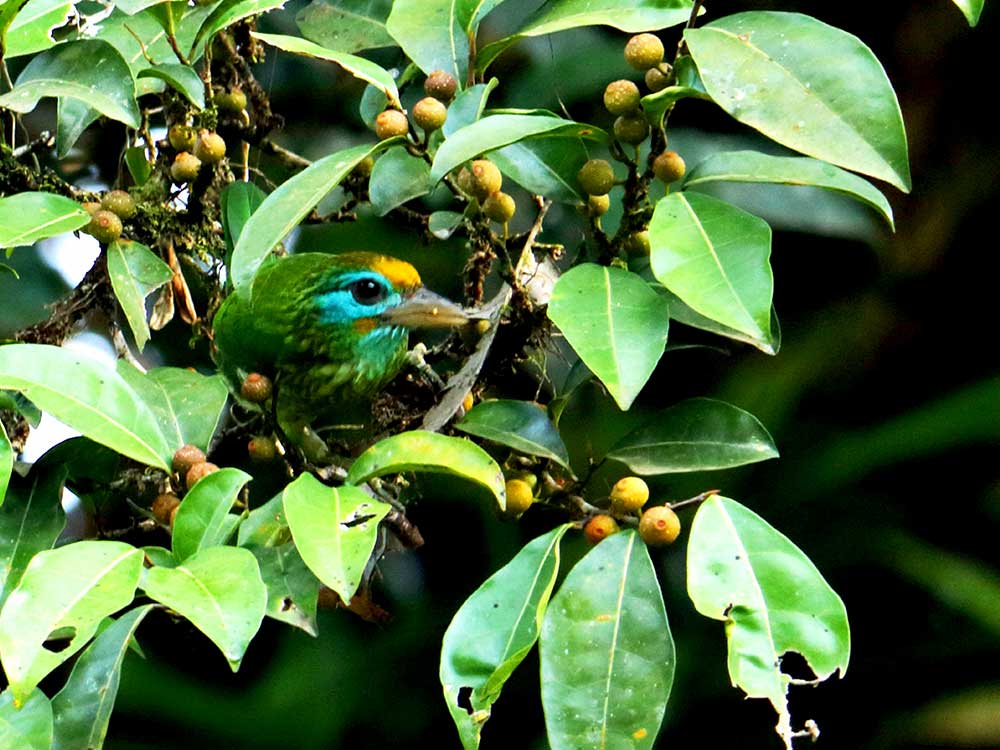